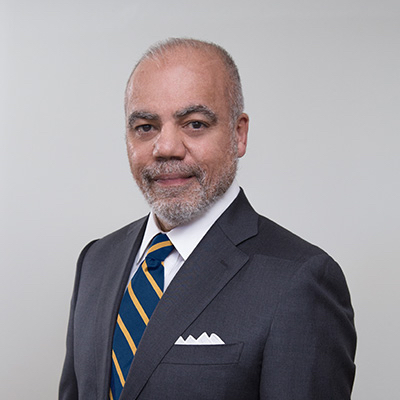 Distribution disputes under the Puerto Rico Dealers Act (“Law 75”) are governed by a three-year statute of repose that cannot be tolled by extrajudicial claims. Extrajudicial claims are the normal way of tolling the statute of limitations for tort actions under Art. 1802 of the Civil Code of Puerto Rico. Although the text of Law 75 itself identifies its breach as a tort, the Supreme Court of Puerto Rico has held that Law 75 is commercial in character and thus, subject to the principles of the Commerce Code.

As a consequence, the Supreme Court has ruled that the statute of limitations for Law 75 actions is three years instead of the normal tort period of one year. But as opposed to the latter, the limitation period for actions under Law 75 cannot be tolled in an extrajudicial fashion. That means, that in almost all cases, the distributor has to file its Complaint in court within three years of the principal’s act that it considers in violation of Law 75.

The key issue for the court is the point from which the three-year statute of limitations began to run.

After further disagreements on exclusivity between the parties, the distributor brought an action in federal court in 2013. The District Court ruled that the

limitations period started when Trafon received the 2009 letter from the principal denying its claims of exclusivity, and that, as a result, Trafon’s claims were time-barred. The case was dismissed.

The Court of Appeals affirmed the judgment. The court found that the principal’s 2009 letter constituted an undermining act under Law 75 triggering the three-year statute of limitations that made the case time-bared by the time it was filed in 2013. In essence, the court is holding, based on previous case-law, that the mere announcement by the principal of its intention to act in contravention to a contractual covenant is enough to trigger the commencement of the limitations period. This commencement is not necessarily predicated on actual specific acts of the principal consistent with its contractual interpretation.

Good record keeping has always been a desirable practice in distribution relationships. But this case underscores the fact that a distributor has to be very careful in not ignoring actions, or even mere statements, from the principal that are inconsistent with the contractual relationship. Since the limitations period under Law 75 cannot be tolled in an extrajudicial fashion, careful consideration should be given to the time of filing claims in court.

The Puerto Rico Dealers Act, commonly known as Law 75, regulates distribution contracts in Puerto Rico. In essence, the law precludes the principal from terminating, refusing to renew at its normal expiration or undermining contractual rights of the distributor without just cause. Just cause is a fact-driven question governed by the definition contained in the law over and above what the parties have agreed to in the contract. Years ago, Law 75 was amended to include a preliminary injunction provision that can be used to maintain the distribution contract in place while the parties litigate the case on the merits. A case on the merits involves the issues of liability (predicated on one of the prohibited acts without just cause) and damages, the latter calculated basically pursuant to a formula contained in the law itself.

In a decision rendered on June 14th, 2016 in the case of Next Step Medical Co., Inc. V. Biomet, Inc. the Supreme Court of Puerto Rico held that even if the principal accepts that no just cause is present and thus liability is established, the court may still issue the preliminary statutory injunction if the evidence presented at a hearing favors the petitioner. If there are no controversies of fact, the hearing might be unnecessary.

This case constitutes additional judicial support to the power that Law 75 has to impact the relationship between principal and distributor.