POLAND: An attempt to regulate the franchise market in Poland. 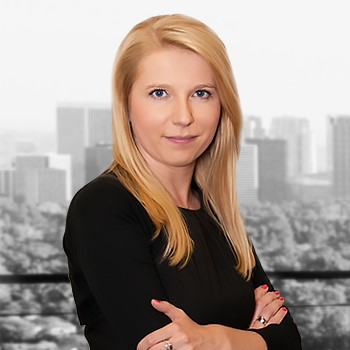 1.1.      In October 2020, at the request of the Ministry of Justice a report on franchising in Poland has been prepared. Its main scope was, inter alia, to indicate the directions in which the regulations on the franchise agreement could go to implement into the polish Civil Code the franchise agreement as a “named” agreement. The report identifies areas that should undergo the regulation, highlighting the need to strengthen the role of franchisees. It has even drafted specific provisions of the Civil Code, the Unfair Competition Act, the Act on Competition and Consumer Protection and the Offences Code. The most important provisions are as follow:

2)         introducing the ‘pre-contractual’ protection for franchisees, whereby an information prospectus containing detailed information on the franchise agreement must be presented to the franchisee before closing the contract (the necessary information that would have to be provided will be specified in the regulations) and the need to grant franchise on a proven and economically effective model;

4)         the franchisor could not charge the franchisee the initial payment in the amount greater than the regular franchise fee for the economic period of three months;

5)         the franchisor’s warranties about the benefits of joining and participating in the franchise network in any form, should be a part of the contract;

6)         mandatory support from the franchisor to the franchisee should be obligatory focused on training in the basics of running a franchise;

9)         if, as a result of circumstances, for which the franchisee would not be liable and which would not apply to him personally, the regular income from the franchise activity would decrease, the franchisee could require a reduction of the franchisor’s remuneration for a given economic period;

10)       it would not be possible to issue guarantee or a bill of exchange to secure the claims under the franchise agreement;

13)       unless the parties have agreed otherwise, the franchisee would not be able to conduct competitive activity towards the franchisor for three years after the termination of the agreement – I believe that this postulate is inconsistent with competition law (Polish and EU), which introduces a limit of one year;

14)       it would be an act of unfair competition to organize a franchise network or offer others to join it without prior detailed, long-term verification of franchise business model, in particular through the franchisor’s own activities or its legal predecessor;

15)       it would be an act of unfair competition to organize a franchise network on such rules that the franchisees, while complying with the law, principles of proper management and as well as indicated by franchisor’s instructions, are unable to cover their reasonable costs from the generated revenue, and this situation continues for more than three months, unless there is an extraordinary external cause which the parties neither foresaw nor could have foreseen when they entered into the franchise agreement;

16)       as an anti-competitive practice would be considered a non-submission of information prospectus of the franchisor or providing incomplete, untrue or unverified information about the advantages and risks of joining the franchise network and participating in it, before closing of the franchise agreement including any preliminary or conditional agreement;

1) breaching the obligation to provide franchisees with reliable, truthful, properly verified and complete information on the conditions for joining and participating in the network;

2) stipulating contractual penalties, compensation for the loss of contract and other such lump-sum payments to franchisees in excessive, unproportionate amounts;

3) abusing the power to impose contractual penalties and other lump-sum charges on franchisees;

4) acts of the unfair competition against franchisees.

The decision on recognising the practice as violating the collective interests of franchisees would be issued by the President of the Office of Competition and Consumer Protection.

1.2.      The Ministry of Justice is working on developing the legal framework and introducing into the Polish legal system the term, principles of operation and formal rules for the existence of a franchise agreement, as well as the legal relation thus established. Due to the impasse in discussions on self-regulation mentioned in paragraph 2 below, consultations took place at the Ministry of Justice on 10th June 2021. After the meeting, a draft of franchise law was published, which provides for a detailed regulation of the franchise agreement in a separate act. This is not a government/ministerial project, but the author of the draft, is the same person who authored the report on franchising commissioned by the Ministry of Justice mentioned above. Therefore, it can be expected that if the Government undertakes work on the statutory regulation of the franchise, it will at least partially draw on the ideas presented in the above-mentioned report.

2.1.      There is an ongoing work on the Code of Good Practice in Franchising within the Franchise Panel of the Small and Medium-sized Enterprises Ombudsman (SME Ombudsman), but the impasse in this work has led the SME Ombudsman to decide to move further work to the level of work at the Ministry of Justice. This is the result of the lack of consensus in the final version of the Code – all issues have, in principle, been clarified except one, i.e. the length of the termination period in franchise agreements, which divided the interested parties. The Franchise Panel did not reach an agreement on the 3-month termination period as the maximum length of the termination period for the franchisee, which was required by the SME Ombudsman as a condition. The SME Ombudsman has previously declared that if he is going to be the “guarantor” of the Code of Good Practice in Franchising, the (stipulated in the document) maximum termination period of the agreement by the franchisee must not exceed 3 months.

2.2       As a result of the SME Ombudsman’s statement, the Code of Good Practice for the Franchise Market has been prepared outside the Franchise Panel of the SME Ombudsman. The commercial sector decided to reach an agreement without the SME Ombudsman participation and on 29th June 2021 the Code of Good Practice for the Franchise Market was proclaimed to be complete. The Code has been signed by three trade networks and one association of franchisees so far. There was also launched a website allowing to join the group of entities that would like to adopt the Code. The Code does not have the character of a legal norm and, as we read on the website of the Polish Chamber of Commerce, it is “an initiative which is open to all entities operating on the franchise market in Poland”.

The SME Ombudsman does not support the Code described above. He is of the opinion that formula of the Code is not a compromise, because it does not contain the most important 3 and 6-month termination notice for franchisees and franchisors and will be necessary to regulate this issue of the franchise agreement at the statutory level.