PAKISTAN: Discussion of the meaning and scope of the words ‘Franchise’ and ‘Franchise agreement’. 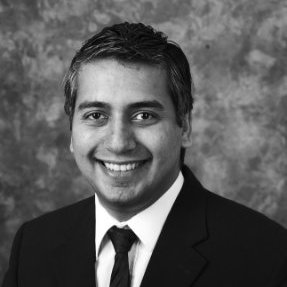 ‘(1) Franchise: Generally speaking, a franchise business takes effect when a person, either natural or artificial grants an authority or a right to another person, either natural or artificial, to market the former’s goods or services within a certain territory or location. Generally, there are two main types of franchises, [namely:] (a) Entire business format franchise – The franchisee receives the use of the trademarks, reputation (good will), trade secrets, copyrights, and marketing and service information of the franchisor; (b) Product distribution franchise – The franchisor distributes a particular product to franchisees, such as vending machines.

(2) The term franchise also refers to a type of business in which a group or individual receives a license from a corporation to conduct a commercial enterprise. Corporate franchises enable a franchisee to market a well-known product or service in return for an initial fee and a percentage of gross receipts

(3) A type of license that a party (franchisee) acquires to allow them to have access to a business’s (the franchisor) proprietary knowledge, processes and trademarks in order to allow the party to sell a product or provide a service under the business’s name. In exchange for gaining the franchise, the franchisee usually pays the franchisor initial start-up and annual licensing fees.

(5) A franchise agreement is not a fixed draft but one can negotiate before entering a franchise contract that best suits one’s business goals and priorities.

(6) Franchise (in government) A right specifically conferred on a group or individual by government, especially the privilege conferred on a corporation such as electricity, telephone, and bus services. Franchise may be revoked with or without the consent of the grantee as stipulated in the contract for the grantee’s violation of terms, and the government may take back granted rights by eminent domain proceedings. Franchise provisions usually include tenure; compensation to the grantor; the services, rates, and extensions; labour problems, security and strike regulations; capitalization; and reversion to the grantor.

(7) Franchising is a method of doing business in which someone shares business, idea, art, etc. with other people in exchange for an annual fee and a percentage of the gross profits. The idea dates back to the middle ages when a king would grant rights to individuals to engage in activities such as running a market or brewing ale. The Singer sewing machine company, which granted distribution rights to franchisees in 1851, is often cited as the first modern franchise operation.’

The Tribunal also ruled that the definition of franchise provided under Pakistan’s domestic excise law ‘is wide and broad enough to incorporate in it, all important features of the word franchise described by us as above’.

Furthermore, the Tribunal has also clarified the jurisprudential understanding of the term ‘Royalty‘, by declaring that:

‘The word Royalty as a noun has different connotations. Besides its other meanings, it also refers to some specific meanings with reference to the financial and commercial undertakings. These inter alia, include the following:—

(a) It refers to the payment to the holder of a patent or copyright or resource for the right to use their property;

(b) A share of the profit or product reserved by the grantor, especially of an oil or mining lease. Also called override. The word override in Finance means, ‘the commission paid to executive’. This is a commission paid to an Accounts Executive on the basis of sale made by a representative;

(c) It refers to a right or prerogative of the crown, as that of receiving a percentage of the proceeds from mines in the royal domain;

(d) The payment for the granting of a right by a monarch to a corporation or an individual to exploit specified natural resources;

(e) A share paid to a writer or composer out of the proceeds resulting from the sale or performance of his or her work;

(f) A share in the proceeds paid to an inventor or a proprietor for the right to use his or her invention or services.