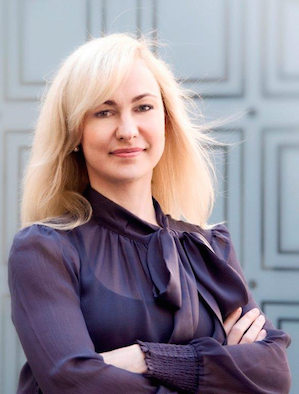 Arguments of Lithuanian Supreme Court:
In justice to evidence the Court held that in accordance with a duty of the agent to inform the principal about the fulfilment of agency without any delay ( art. 6.740 part 4 of the Civil Code of the Republic of Lithuania), the plaintiff has performed this duty properly as he has taken all the possible measures in order to inform defendant about the buyer, whereas the defendant, as principal, has not performed his duty to cooperate with the agent in order to facilitate the fulfilment of the agency (art. 6.761 part 1 of the CC). The duty to cooperate with the other party is also certified in art. 6.200 of the CC (In performing a contract, each party shall be bound to contribute and to cooperate with the other party). Cooperation signifies that the Parties have to support each other in exercising their rights and in performing their duties; according to the laws, the duty to cooperate has both the debtor and creditor; only in cooperation of the Parties the proper performance of the obligation could be assured.
In this case, the Court arrives to the conclusion that the defendant, in performance of his duty to cooperate, had a possibility and, also as a party of good-faith, had a must before the ending of the contract to inquire if the plaintiff (agent) performed his duties.

Facts: On 7th April, 2004 the Parties have concluded the contract of agency, which has enabled the defendant to sell the property of the plaintiff. The property price was 80 000 LTL. However, the agent sold it for 93000 LTL. It should be noted that the contract of agency provides that when the property is sold for a bigger price, the difference in price (80000 LTL and the real sale price) becomes a profit of the agent (in this case – defendant).

Arguments of Lithuanian Supreme Court:
The Court held that the contract of agency concluded between the Parties does not prohibit selling property for a bigger price; it means that selling property for a bigger price was allowed as the contract of agency had identified just a minimum of the price requested. It is stated that an agent, as a businessman, who performs selling actions, is obliged to transfer to the principal without delay everything received in the performance of the agency as this type of requirement is provided in article 6.760 part 5 of the Civil Code of the Republic of Lithuania. In this case, if an agent not only accomplishes the assignment of the principal to sell property, but also by using his skills in management sells the property in better conditions than it is provided in a contract, i.e. the bigger price for the sold property is obtained, in this way the difference in price should be transferred to the agent, unless the agreement of the Parties provides for otherwise. The laws do not oblige the agent to refund to the principal more than the agent undertook by the contract. Under the contract of agency it is important for the agent, whose professional activity or business is commercial agency on contract conclusion, to conclude an agreement on more favourable circumstances as both the incomes of the principal and the fulfilment of property interests depend directly on this matter (art. 6.760 part 1 of the CC). The Court concludes that the plaintiff (principal) does not have a right to claim the difference in property price from the defendant (agent).