ITALY: The know-how in the franchising agreements. 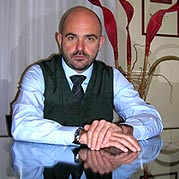 The Court of first instance, granting the claim filed by Canzian (the franchisee), stated that the agreement signed with Dersuit (the franchisor) had to be qualified as a rental of a business branch, with some clauses belonging to the franchising agreement.

From this qualification Italian law no. 129/2004, concerning the franchising agreement, was applicable.

According to article 1 of such law: 1. Commercial affiliation (franchising) is a contract, no matter how called, between two legally and economically independent legal subjects, whereby one party grants the other, for consideration, the availability of a package of industrial or intellectual property rights regarding trademarks, trade names, shop signs, utility models, industrial designs, copyright, know-how, patents, technical and commercial assistance and advice, and inserts the franchisee in a system consisting of several franchisees spread in the territory, in order to market certain goods or services. [omissis] 3. In the franchise contract: (a) “know-how” means a package of practical, non-patented information resulting from experience and testing by the franchisor, which is secret, substantial, and identified; “secret” means that the know-how, as a body of general information or in the precise configuration and composition of its elements, is not generally known or easily accessible; “substantial” means that the know-how includes knowledge which is indispensable to the franchisee for the use, sale, resale, management, or organization of the contractual goods or services; “identified” means that the know-how must be described in a sufficiently comprehensive manner so as to make it possible to verify whether it fulfils the secrecy and substantiality criteria.

According to article 3 of such law: [omissis] 4. The agreement must furthermore expressly indicate: [omissis] (d) the specification of the know-how provided by the franchisor to the franchisee.

With particular reference to the know-how, the Court of First Instance stated that clause 1 of the agreement had to be considered void because of the uncertainty with reference to the know-how, which Dersuit undertook to transfer to the affiliate Canzian. The Court underlined that, in order to enter into the business and to receive such know-how, Canzian paid a certain amount; therefore, since the clause was void, the Court condemned Dersuit to reimburse to the affiliate Canzian the total amount paid as ”entrance fee and learning of know-how”.

Dersuit filed an appeal before the Court of Appeal, which partially granted its claim decreasing the amount which had to paid by the affiliate and requalified the agreement as a franchising agreement tout court.

Canzian appealed the decision before the Supreme Court which stated the following, on the basis of the definitive qualification of the agreement as a franchising:

(i) the know-hot has not to be inaccessible, it is sufficient that it is not commonly known or easily accessible;

(ii) the know-how has to include the necessary knowledge, in order to allow the franchisee to use and commercialize the products or services indicated in the agreement;

(iv) in the franchising agreement the know-how is not a necessary element, since article 1 of the relevant Italian law no. 129/2004 indicates several different elements which have to be present (together or not) in a franchising agreement, in order to reach the goal of this type of agreement, that is to allow the franchisee to enter into the business network of the franchisor in order to commercialise certain products or services. More specifically, Italian law no. 129/2004 mentions different intellectual property rights, which can be present in the “commercial formula” or “package”, which has to be transferred from the franchisor to the franchisee, but not all intellectual property rights mentioned by the law must be present at the same time. A franchising agreement, without a clause concerning the transfer of know-how from franchisor to franchisee, can be conceived. This last statement of the Italian Supreme Court is the most relevant of the judgment.