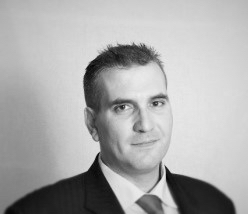 The Greek Supreme Court (Areios Pagos) in its judgment nr. 1665/2009 dealt with a lot of issues concerning distributorship agreements. The judgment was delivered within the framework of the enforcement of an arbitral award rendered in the USA in a dispute between an US supplier and a Greek distributor.

1. The judgment at issue is noteworthy in particular because it explicitly held that the provisions of the presidential decree nr. 219/1991 (= domestic law implementing the EC Directive 86/653 on commercial agency and applicable on exclusive distributorship agreements, too) regarding the ‘indemnity of clientele’ belong to the fundamental principles of the Greek legal order and therefore are rules of international public policy. By admitting this, the Supreme Court put these provisions on an equal footing with Art. 81 par. 1 EC-Treaty (now Art. 101 TFEU), Art. 14 ECHR and Art. 1 of the First Protocol to ECHR. In order to support this approach, the Court stated that distributors are considered as ‘the weaker party’ in comparison to suppliers.

2. Another question arising out of the case at issue and dealt with in relation to the 1958 New York Convention on recognition and enforcement of arbitral awards was whether the sole arbitrator who delivered the award in question had to take into consideration the EC Directive 86/653 in relation to the distributor’s counterclaims. The applicable law chosen by the parties being the law of Washington, the issue of the application or not of the provisions on the ‘indemnity of clientele’ was due to their being considered as rules of international public policy. The Supreme Court examined, within the framework of the domestic procedural provisions referring to the cassation of judgments, whether there should have been a thorough reasoning as to the applicability of the rules on ‘indemnity of clientele’. The Supreme Court eluded a direct answer to this question, to the effect that it held that, as the point at issue was the enforcement of an award adjudicating the supplier’s claims, the distributor’s counterclaims (to which the EC Directive 86/653 was applicable according to the distributor’s contentions) did not fall within the scope of the enforcement proceedings. A good opportunity has been missed to face the thorny issue as to whether in arbitral proceedings conducted outside the EU and related to an exclusive distributorship agreement covering the territory of an EU member State, an arbitrator is bound to apply, notwithstanding the choice of applicable law, the provisions contained in EC Directive 86/653 in matters of ‘indemnity of clientele’, in compliance with the ECJ’s ruling in the case Eco Swiss (ECJ, 1.6.1999, C-126/97, Eco Swiss China Ltd/Benetton International BV).

The Greek Supreme Court (Areios Pagos) delivered its judgment nr. 176/2010 on a dispute based upon the following facts: The plaintiff was a home appliances Greek company which had the exclusive distributorship agreement of the defendant’s products since 1985. The defendant company legally terminated in a written notice the agreement in 1996 and proposed a compensation to the distributor company (=conclusion of the distributorship agreement contract). The written notice relied also upon the supplier’s decision to stop using its initial trademark in Greece and start using a new trademark without having recourse to any distributor.

The more interesting points of the judgment are the following: