EU – IRELAND: No "negotiation" for the Court of Justice of the European Union on commercial agent status. 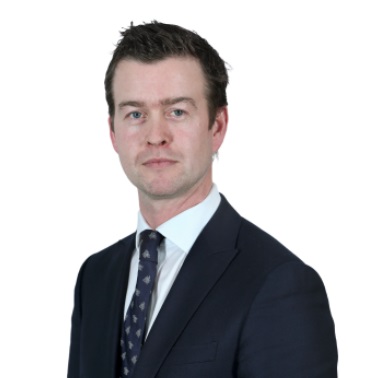 Should Article 1(2) of Directive 86/653/EEC of 18 December 1986 on the status of commercial agents be interpreted as meaning that a self-employed intermediary who is acting as an agent on behalf of and in the name of his principal, but does not have the power to change the prices and contractual conditions of his principal’s sales contracts, does not have the authority to negotiate those contracts for the purposes of that article, and consequently cannot be classified as a commercial agent and benefit from the status provided for in the Directive?

Both the Court of Cassation and the Court of Appeal in France have consistently held that an agent who does not have the power to negotiate on the price and commercial terms of a contract is not a “commercial agent” and therefore not entitled to the compensation afforded by the Directive.

The applicant in the Commercial Court case, Trendsetteuse, submitted that the requirement for an intermediary to have authority to change his principal’s conditions of sale was an infringement of the terms of the Directive. Trendsetteuse was a commercial agency specialising in clothing and accessories. It concluded an oral agreement in July 2013 with the respondent, DCA (a clothes and jewellery manufacturer), to market DCA’s products in Trendsetteuse’s showroom in return for commission on the sales.

The Directive has to date been strictly applied in France with successive French courts’ ruling that, without the power to negotiate in the name and on the behalf of the principal, the intermediary in question did not come within the scope of “commercial agent” under the Directive. Therefore, the intermediary was ineligible for compensation for loss as a result of termination of a contract. This approach is inconsistent with the application of the Directive in other European member states.

Arising from Trendsetteuse’s application, the Commercial Court referred a question to the CJEU for a preliminary ruling pursuant to Article 267 of the Treaty on the Functioning of the EU.

Status of a Commercial Agent under Irish Law

The purpose of the Directive was to create harmonised rules on:

– the rights and obligations of commercial agents and their principals

– the remuneration of commercial agents, and

– the conclusion and termination of agency contracts, in particular the indemnity or compensation due to commercial agents in case of a contract termination.

The Directive was transposed into Irish law under S.I. 33/1994 European Communities (Commercial Agents) Regulations 1994 and S.I. 31/1997 -European Communities (Commercial Agents) Regulations, 1997 (Irish Regulations). Prior to transposition, Ireland was only one of two Member States which did not have protective legislation for agents in the case of contract termination. The approach taken to the transposition of the Directive in this jurisdiction looks to its intended effect rather than the actual words used to allow a broader interpretation of the concept of negotiation.

The status of a commercial agent under the Irish Regulations was first considered in Cooney & Co. v Murphy Brewery Sales Ltd. (unreported, High Court, 20 July 1997). Costello P’s decision was quoted with approval by Clarke J in Kenny v Ireland ROC Ltd [2005] IEHC 241 who referred to “common ground” between Cooney and a decision of the UK Court of Appeal in Parks v. Esso Petroleum Company Limited (2000) Eu LR 25, namely that “active bargaining is not required to qualify as negotiation“.

The true test is as to whether, having regard to the manner in which the sale of the good or goods concerned is carried out (or where relevant the purchase of such goods) it is necessary for the agent to bring a material level of skill to the activity (i.e. dealing with, managing or conducting the sale or purchase concerned).

Decision of the CJEU

The CJEU delivered its judgment on 4 June 2020. It held that the Directive must be interpreted as meaning that a person does not need to have the power to change the prices of the goods which he or she sells on behalf of the principal in order to be classified as a commercial agent. This decision echoes the decision of the High Court in Kenny. It remains to be seen how the decision will be implemented by the French courts.