EU: Expedia judgement of the EU Court of Justice. 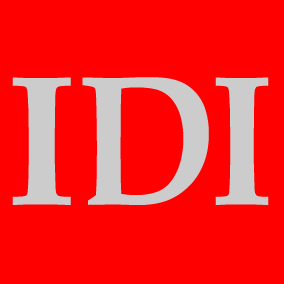 Analyzing Expedia : how can § 37 of the Expedia judgment be reconciled with earlier case law (e.g. Völk/Vervaecke) ?

The Court of Justice in Expedia clearly states (§ 16) that Völk/Vervaecke is « settled  case law ». Consequently agreements restrictive by object which have only an insignificant effect on the market fall outside the prohibition of article 101 (1) TFEU. How can this be reconciled with the statement in Expedia § 37 that an agreement that has an anticompetitive object constitutes, by its nature and independently of any concrete effect that it may have, an appreciable restriction on competition ? How should undertakings evaluate with sufficient certainty if their agreement falls under the de minimis rule ?

On 13 December 2012, the ECJ issued a ruling on a reference from the French Supreme Court in the Expedia case (Case C-226/11). The Court held that the national competition authority is not required to take into account the thresholds established in the de minimis notice[1] in order to determine whether or not a restriction of competition is appreciable. The judgment is noteworthy, in that the Court considered that an agreement that has an effect on the interstate trade and an anti-competitive object constitutes an appreciable restriction on competition per se. Clauses with such anti-competitive object are banned, and it is not necessary to investigate whether the restriction in such clauses is capable of affecting competition.

Expedia and the French state railway company, SNCF, had entered into a joint venture for the sale of tickets and other travel services over the Internet, as a result of which Expedia obtained privileged access to a particular website created by SNCF. To that end, in 2004, the parties established a joint subsidiary, Agence Voyages-sncf.com (“Agence VCS”). The French competition authority found the partnership between SNCF and Expedia as an agreement whose object was to restrict competition, contrary to Article 101(1) TFEU. Fines were imposed on Expedia and SNCF as a result.

Expedia appealed to the Cour d’Appel in Paris against the decision and claimed that the agreement fell within the Commission’s de minimis notice.

Expedia argued that the parties’ market shares were below the thresholds set out in the European Commission’s de minimis notice (10% combined market share in the case of horizontal agreements; 15% share at either level of the supply chain in the case of vertical agreements). According to Expedia, the French Competition authority was precluded as matter of EU law from finding that the agreement appreciably restricted competition, and therefore the agreement did not infringe Article 101(1) TFEU.

On further appeal, the French Supreme Court referred a question to the ECJ asking whether it is possible for the national competition authority to bring proceedings against undertakings that may affect trade but whose market share is below the thresholds in the Commission’s de minimis notice.

According to the previous case law Völck/Vervaeke (C-5/69), a case about an agreement between a German supplier of washing machines and a distributor for Belgium and Luxembourg which granted the latter exclusive distribution rights, including absolute territorial protection (an ‘object’ restriction), it has been clear that: “an agreement falls outside the prohibition in Article 101 (1) TFEU when it has only an insignificant effect on the markets, taking into account the weak position which the persons concerned have on the market of the product in question.”

The ECJ held that an agreement that may affect trade between Member States and which has an anti-competitive object constitutes, by its nature and independently of any concrete effect that it may have, an appreciable restriction on competition.

On that basis, the ECJ held that a Commission notice, such as the de minimis notice, is not binding in relation to the Member States. The ECJ concluded that the market share thresholds contained in the de minimis notice are irrelevant when considering whether an ‘object’ agreement appreciably restricts competition.

A discussion between the speaker and the participants then took place on the consequences of this new case law.

The ECJ has simplified its case law by ruling that agreements with the object to restrict competition that have an effect on trade between Member States will always constitute a violation of Article 101 (1) TFEU. The Völck Vervaecke case law has now been superseded by this recent Expedia ruling.

In order for this approach to work effectively, there should be a clear, and arguably limited, list of agreements which are considered to have the object of restricting competition. This is not the case, especially as some national competition authorities have taken an expansive approach to this category of agreements.

The Expedia case gives a more economic approach to competition law. This is potentially a problem, as it seems unlikely that the Commission will spend its time and resources on small agreements with limited significance at EU level. Enforcement will therefore be in the hands of the national competition authorities who may have differing interpretations of what constitutes an object agreement.

As a result, there should be a strong incentive on undertakings to review any agreements which could arguably fall within EU competition law. A review of existing contracts and a different approach to new agreements with an effect on competition is advisable. The severe sanctions for not complying with EU competition law do not allow for a neglect of contract management.

What would be the position of the ECJ in the near future : confirming its long last case law or its new controversial Expedia judgment?