BRAZIL: New Brazilian law promotes the freedom to contract on licensing and franchising and reduces government interference on royalty remittance overseas: what a foreign businessmen should know about it? 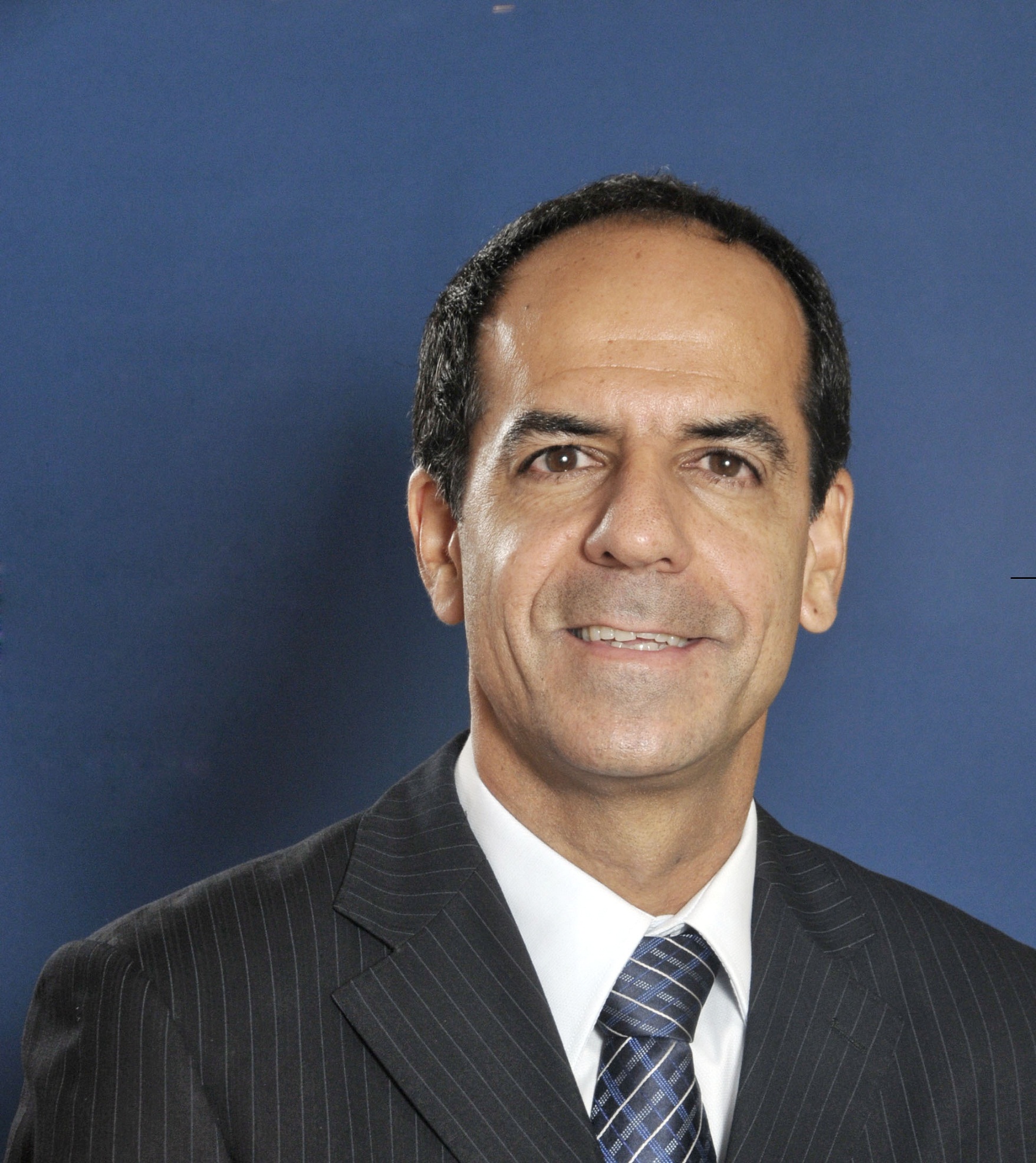 The general understanding about the proposed changes is positive, since modernize and make more flexible the current applicable foreign exchange laws that deal with the local parties’ ability to make payments abroad, including royalties, and their ability to purchase hard currencies for complying with international financial commitments from business transactions.

Among the changes, compensation of credits between a foreign and a local party without any effective transfer of funds is now allowed and therefore it draws the attention since this practice is totally prohibited under the laws of the land. Further to that, under certain situations, stipulating foreign currency as prevailing in commercial agreements enforced in Brazil and executed between Brazilian parties is permitted, such as leasing of equipment in the infrastructure sectors. The novelties implemented by the new law have also reached the legal framework for technology transfer agreements, franchising, and distribution when specific remuneration is set apart for the exploitation of trademark rights identifying the products that will be distributed.

Sweeping Reforms on the Legal Framework Applicable to Royalty Remittances

Brazil is known internationally as a country with stringent foreign exchange control, as restrictive measures have been implemented since the 1930’s to secure a reasonable level of hard currency to support the international trade commitments. Therefore, the balance of hard currency inflows and outflows was a matter of public interest with restrictions to the freedom to acquire foreign currency.

This affected particularly the payment of royalties derived from licensing of technology and industrial property rights, such as trademarks, industrial design among others. This statement expresses the interference in the main contractual clauses and creation of endless legal requirements for the parties to fulfill for the agreement to be valid and effective, including the need of prior recordation at the Brazilian trademark Office (BTO).

This controlling scenario has drastically changed in the last ten (10) years, as it was realized that investing in Brazil through licensing and franchising rights was a difficult business for foreign licensors and franchisors and domestic licensees and franchisees alike. The long years of state control made Brazil one of the most unattractive markets for foreign technology and technology development by foreign companies.

Historically, the relevant changes began with the BTO’s publication of Resolution 156/2015 that enlarged the list of imported services that could be included under technical assistance agreements dispensed from prior recordation.

Concerning the prior government approvals of licensing agreements, Law 14,286/2021 has eliminated the registration requirement at the Brazilian Central Bank (BACEN) for a licensee or franchisee to proceed with royalty remittances to licensor or franchisor. The registration was regarded as a hindrance once the approval of the financial clauses by BACEN took place after recordation at the BPTO. Furthermore, local licensee/franchisee needed to seek further BACEN’s approval of the Payment Scheme. This Payment Scheme is a document issued by the accounting department of the licensee/franchisee comprising detailed information about their net sales or revenues obtained from the licensed products and the calculated royalties for a commercial bank to remit remuneration overseas to a foreign licensor/franchisor. Therefore, there were three unnecessary layers of government approvals that delayed the timeframe for remittance and receipt of the royalties by licensor/franchisor.

From the new rule of Law 14,286/2021 licensee or franchisee will solely be required to proceed with remittances at any commercial bank holding the Payment Scheme and the recordation certificate issued by the BTO in hands. In this perspective, recordation of contracts at the BTO is still needed.

The new law is expected to simplify the business environment, by means of consolidating several dispersed regulations into a single law. Moreover, the new law also aims to align itself with regulations adopted by countries that are members of the Organization for Economic Cooperation and Development (OECD) and, thus, reduce the barriers that hinder Brazil’s entry in said organization.

No More Limitations on Parent-Subsidiary Remuneration

Another relevant change has been the freedom for the contracting parties to set the level of royalties when the foreign licensor/franchisor and the local licensee/franchisee are parent-subsidiary companies or hold a controlled-controlling relationship. This freedom takes the lead due to revocation of the sole paragraph of Article 50 of Law 8,383/1991, which limited the payable royalties to a foreign licensor/franchisor to the fiscal deductibility ceilings set out by Law 3,470/1958 and Ministerial Ordinance 436/1958. According to the revoked rule, royalties needed to be within the limits of the fiscal deductibility, which range from 1% to 5% of the net revenue obtained from the sales of the licensed product depending upon the activity field in question. For example, patent licensing on oil and gas industry would entitle licensee to obtain higher deduction (up to 5% of the net revenue). On the other hand, deductibility on technology (patent or know-how) linked to personal care would be limited to 1% of the net revenue obtained by licensee derived from the exploitation of the licensed technology. The deductibility cap for trademark licensing stands at 1%.

By any means, royalty remittances between parent company and its subsidiary would not overcome the maximum 5% of the net sales price or licensee’s revenue. This is an unjustifiable hindrance and its elimination is of great benefits to the parties.

This freedom to contract has ended the discrepancy on the treatment between agreements involving related and non-related contracting parties, since the laws of the land do not impose limitation on setting royalty and remittances overseas when the parties are not related.

Therefore, according to the new ruling, remuneration to a foreign licensor/franchisor will no longer be limited by the fiscal deductibility ceilings and therefore the rates above 5% of the net sales price of the licensed product or net revenues will be fully accepted. Remuneration will be set by the rule of thumb.

This freedom also extends to franchising, know-how licensing and technical assistance agreement when the parties are related. This may further reach out distribution agreements when specific remuneration is stipulated for the exploitation of trademarks identifying the products under distribution.

Protecting the Licensed IP Right in Brazil is Indispensable

Foreign licensors should note that if an invention, trademark or industrial property right is not protected in Brazil, it cannot be licensed and most importantly, it cannot generate royalties. This rule applies to franchising. According to the Industrial Property Right Law (Law 9,279/96) and the BTO’s Guidelines on Licensing Agreements, licensing and franchising agreement will not produce any effects if the enlisted technology of IP rights is not filed, granted or registered before the BTO or protection is not adequately maintained locally. This applies to trademark situations under the Madrid Protocol, of which Brazil is a signatory country, but applicant fails to keep in force its rights locally. This often translates into a considerable delay in royalty payments to the licensor, as the granting of a patent, due to the large backlog of the BTO, can take several years and, in a few months in the case of trademarks.

Under this perspective, Law 14,286/2021 gives an extra incentive for licensors to seek protection for its licensed IP rights in Brazil, as it has permitted that trademarks and patents filed but are not yet protected generate royalties and remittances to a foreign licensor. This is an important novelty, since Article 11 of Law 4,131/62 expressly determined that licensing agreements should follow with the evidence of validity of the licensed rights and therefore prevented remittances overseas from patent and trademark applications. The rationale behind it was that patent/trademark applications are regarded as expectation of rights by scholars, not granted rights yet, where the property legal requirements are yet to be examined by the BTO during prosecution procedure.

Therefore, patent and trademark applications would generate royalties and, consequently remittances as from the date the application is published at the Industrial Property Gazette.

This reinforces the freedom to negotiate between the contracting parties, in the sense that they can now expand and stipulate the calculation of royalties from the moment of filing the trademark and/or patent, as well as make more concise payment schemes.

As to franchising, royalty remittances and other remuneration do not suffer restrictions from the fact that the franchised trademarks are applications not yet registered by the BTO. The rationale is that franchising is a combination of commercial arrangements ranging from trademark use to distribution of products.

When will the New law be Valid?

Notwithstanding the improvements on the legal framework for technology licensing and franchising agreements, the effects of Law 14,296/2021 are not automatic, as the law holds a vacatio legis of one (1) year for the contracting parties, commercial banks and public authorities to get adjusted and operate according to the new developments. Therefore, the new rules will be valid, effective and applicable to licensing and technology agreements as from 30th December 2022.

More specifically, the changes made by the new law are still expected to receive further regulation to rule from BACEN that is the agency that monitors in practical terms the foreign exchange control.

The new Law eliminates unnecessary bureaucracies caused by legal and governmental interference, including provisions that limit licensor’s and franchisor’s rights in their technology, and simplifies the process involving foreign exchange and royalty remittances oversees derived from technology transfer and franchising agreements.

This means the contracting parties have more room to negotiate the rights and conditions of the agreement without interference, including those of financial nature, and independently of the corporate relationship between the parties.

Therefore, law 14,296/2021 may be regarded as one of the most significant changes that helps shape up the legal framework for licensing and franchising agreements in Brazil, providing a better business environment.