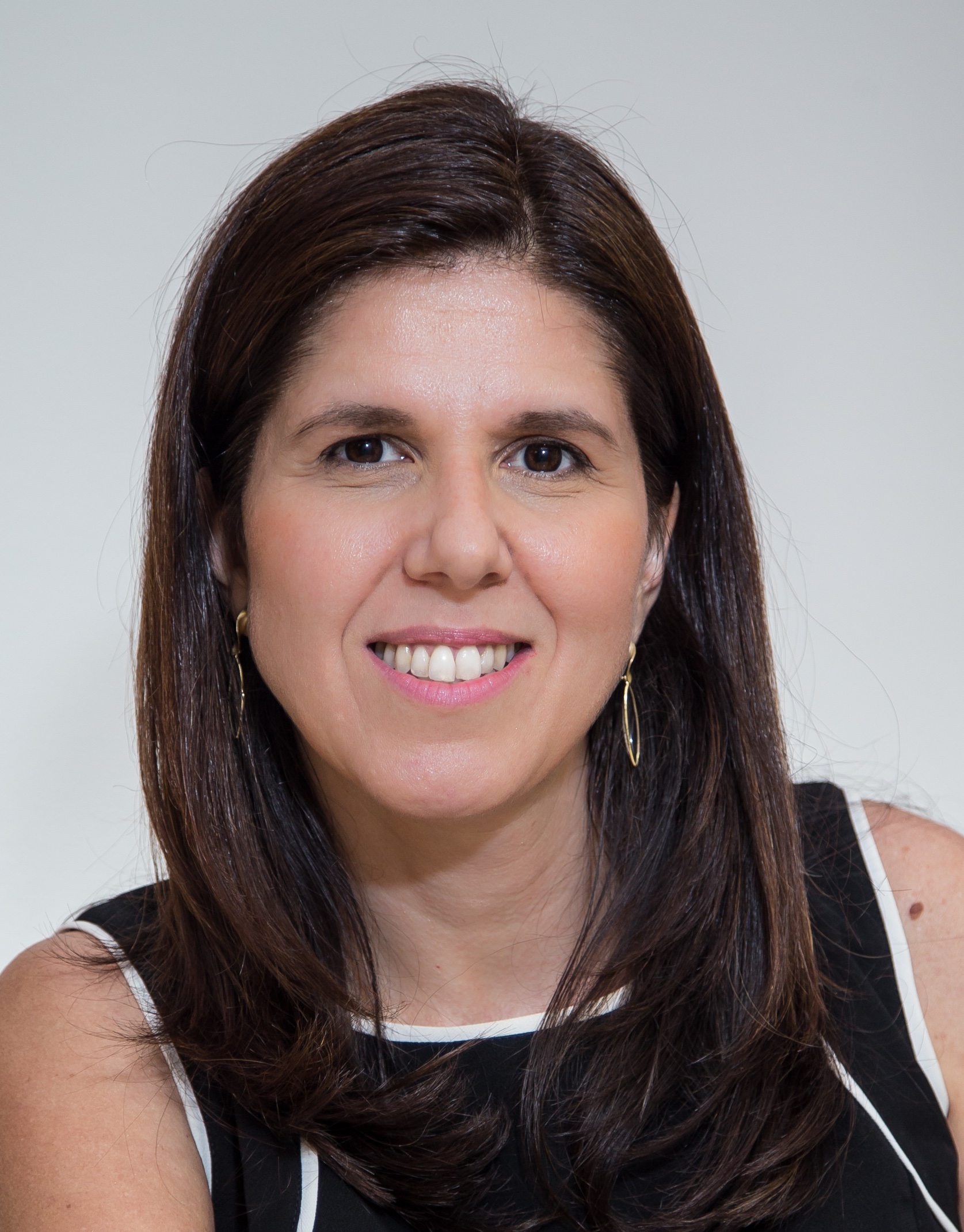 The New Franchise Law came into force on March 26, 2020 and establish new rules, among others, such as:

In this sense, the New Franchise Law also establishes the possibility of the amount of the rent to be paid by franchisee to franchisor for subleasing the property be higher than the amount that franchisor pays the landlord in the original commercial lease agreement since: (i) it is expressly foreseen in the Franchise Disclosure Document (“FDD”) and in the franchise agreement; (ii) the amount overpaid to franchisor in the sublease does not imply in an excessive burden to franchisee, ensuring the maintenance of the economic and financial balance of the sublease during the term of the franchise agreement.

The New Franchise Law defines a commercial franchise as a business system whereby “ … a franchisor authorizes, by means of an agreement, the franchisee to use trademarks and other intellectual property rights, always along with the right to product and distribute products or services on an exclusive or non-exclusive basis and also the right to use methods and systems for business implantation and business management or operating system developed or owned by the franchisor, in exchange for direct or indirect compensation, without, however, being characterized as an end consumer relationship or an employment relationship in relation to the franchisee or his employees, even during the training period.”

The New Franchise Law sets forth several pre-sale disclosure requirements of the franchisor’s business to the prospective franchisees, which must be included in the FDD in clear, objective and comprehensive language, written in Portuguese language, as mentioned. The FDD does not need to be registered in any agency or with any governmental body for franchising purposes.

Article 2 of the Brazilian Franchise Law added more items as requirements to enclose the FDD, comparing to the previous Law. The FDD must contain the following mandatory information:

(2)          complete identification of the franchisor company and of all companies related thereto, and their respective inscriptions at Corporate Taxpayer Numbers;

(3)          balance sheets and financial statements of the franchisor company for the 2 (two) preceding years;

(4)          indication of lawsuits related to the franchise that question the franchise system or that may compromise the franchise operation in the country, in which the franchisor, the controlling companies, the sub-franchisor and the owners of trademarks and other intellectual property rights are parties;

(7)          requirements regarding the direct involvement of the franchisee with the operation and management of the business;

(8)          specifications regarding: (a) estimated initial investment necessary for the acquisition, implementation and startup of franchise operations; (b) value of the initial affiliation fee or franchise fee; and (c) estimated cost of the facilities, equipment and initial inventory and respective payment conditions;

(9)          clear information regarding periodic fees and other amounts to be paid by the franchisee to the franchisor or to third parties, detailing the respective calculation bases and what they remunerate or the intended purpose, specifically indicating the following:

(a) periodic compensation for the use of the system, of the trademark and of the other rights of intellectual property of the franchisor or over which he/she/it has rights, or, for the services provided by the franchisor to the franchisee (“royalties“); (b) payments for lease of the equipment or premises; (c) advertising fee or similar payments; (d) minimum insurance coverage amounts;

(10)        complete listing of all the franchisees, subfranchisees and subfranchisors of the chain, as well as of all those who have disassociated themselves with it within the last twenty-four (24) months, with name, addresses and telephone numbers;

(11)        the following shall be described with respect to the territory: (a) if the franchisee is guaranteed exclusivity or a right of first refusal in any particular territory or activity and, if so, under what conditions; (b) if the franchisee has the right to sell or render services outside its territory or provide such services outside Brazil; (c) if there are and what are the territorial competition rules between franchisor units and franchise units;

(12)        clear and specific information regarding the obligation of the franchisee to acquire goods, services or materials necessary for the establishment, operation or management of its franchise from suppliers designated and approved by franchisor; and the franchisor is required to provide a complete list of such suppliers to the franchisee;

(13)        description of services and products offered to the franchisee by the franchisor, with respect to: (a) support; (b) supervision of the chain; (c) services; (d) incorporation of technological innovations to franchises; (e) training of the franchisee and his employees, specifying its duration, content and cost; (f) franchise manuals; (g) assistance on the analysis and selection of the location where the franchise will be established; and (h) layout and architectural standards of the franchisee’s facilities, including physical arrangement of equipment and instruments, descriptive memorial, composition and sketch;

(14)        information about the status of the franchised trademark(s) and other intellectual property rights related to the franchise system, which the franchisee will be authorized to use by the franchisor, including complete characterization, with the registration or order number registered, with the class and subclass, before the National Institute of Industrial Property (“INPI”);

(15)        consequences of the termination of the franchise agreement, including: (a) the franchisee’s access to know-how of product, process or management technology, confidential information and industry trade, finance and business secrets that you may have access to depending on the franchise; and (b) establishment of competitive activities with the franchisor;

(17)        indication of the existence or not of transfer or succession rules and, if so, what they are;

(18)        indication of the situations in which penalties, fines or indemnities are applied and the respective values, established in the franchise agreement;

(19)        information on the existence of minimum purchase quotas by the franchisee from the franchisor, or third parties designated by him, and on the possibility and conditions for refusing the products or services required by the franchisor;

(20)        indication of the existence of a Council or Association of Franchisees, with the attributions, powers and mechanisms of representation before the franchisor, and details of the competences for management and supervision of the application of existing funds resources;

(22)        precisely specification of the agreement deadline and its renewal conditions, if applicable.

The same consequences might be applicable in case the franchisor omits information required by law or disseminate false information in the FDD, including possible criminal sanctions, according to article 4 of the mentioned law.

The following aspects are particular of franchise agreements under Brazilian Law, in addition to the general requirements and formalities mentioned herein:

(a)           the trademark and/or others intellectual property rights under the franchise agreement must at least be filed at the INPI;

(c)           compliance with the New Brazilian Franchise Law, which refers to the delivery of the FDD to franchisee, as mentioned above;

The recordal of international franchise agreements with the INPI is indispensable for the remittance of royalties abroad, to make the agreement effective against third parties and qualify franchisee for tax deductions. After the Certificate of Recordal is issued by the INPI, the agreement needs registration at the Brazilian Central Bank – BACEN for remittance of payments. However, due to the Law nº 14,286/2021, recently enacted on December 29, which will be in force within one year as from December 30, 2021, foreign exchange controls will be simplified for certain situations, specifically related to payment in foreign currency of obligations performed in Brazil to entities domiciled abroad, including the registration requirement at BACEN for royalty remittances. In this sense, many provisions of the mentioned law are yet to be regulated by Brazilian foreign exchange competent authorities.

Finally, the edition of Law No. 13.874/2019, called “Economic Freedom Law”, which aimed to minimize state intervention in private relations – always subsidiary and exceptional – to simplify Brazilian business, was relevant for the interpretation of contracts in general, including franchising. In summary, among other measures, the Economic Freedom Law intended to: