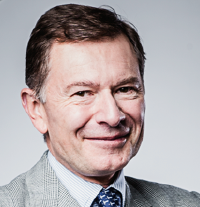 Australasian Food Group, trading as Peters Ice Cream (Peters), has recently admitted to engaging in exclusive dealing in contravention of section 47 of the Competition and Consumer Act 2010 (Cth) (CCA). The Federal Court ordered Peters to pay a A$12 million penalty and implement a three year competition law compliance program, following enforcement action taken by the Australian Competition and Consumer Commission (ACCC) in 2020.

Peters is one of two major manufacturers and suppliers of single serve ice cream products (SSIP) in Australia. Between November 2014 and December 2019, Peters acquired distribution services for its SSIPs from PFD Food Services Pty Ltd (PFD) pursuant to a Distribution Agreement.

PFD is an Australian food distributor, with 68 distribution branches offering national distribution services for dry, frozen and chilled goods.  During the relevant period it was the largest distribution of SSIPs offering distribution to more than 90 percent of Australian postcodes. The ACCC described PFD as being the “only commercially viable option for new entrants” to distribute SSIPs to national petrol and convenience (P&C) retailers.

What is exclusive dealing?

Section 47 of the CCA prohibits various forms of exclusive dealing. Broadly speaking, exclusive dealing occurs when one person trading with another imposes some restrictions on the other’s freedom to choose with whom, in what or where they deal. Exclusive dealing will only breach the CCA when it has the purpose, effect or likely effect of substantially lessening competition.

During the period that the parties were operating under the Distribution Agreement, Peters directly distributed most of its SSIPs to areas in Sydney, Melbourne and Brisbane, while PFD distributed or re-supplied Peters’ SSIPs in the majority of other areas, which included geographically remote areas.

The ACCC’s investigations indicted that in the absence of another commercially viable way to distribute their SSIPs to national P&C retailers, the other manufacturers were unable to distribute their products to those retailers. Other potential distributors did not have a frozen food route to P&C retailers nationally and it was not commercially viable for new entrants to incur the cost of establishing their own distribution network.

The ACCC alleged that Peters’ conduct caused harm because it prevented new entry and expansion by competitors in the market, with the consequence that consumers were denied the benefits of competition – including improvements in choice, innovation, quality and price.

The ACCC alleged (and Peters ultimately admitted) that:

ACCC has recently confirmed that it will be focussing on exclusive arrangements by firms with market power that impact competition as one of its priorities in its 2022-23 compliance and enforcement program.

In particular they are concerned about companies restricting access to “bottleneck” goods or services and prevent competitors or new entrants to compete. Companies should be aware of their obligations under section 47 of the CCA when looking to enter into such arrangements or reviewing existing arrangements.

For firms with a strong market position or operating in a concentrated market, if terms of supply impose some form of exclusivity, an analysis of the purpose or likely effect of those provisions on competition is recommended.